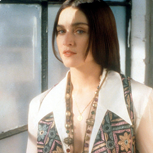 The problem with the upside down one is the fact, that they forgot to switch the color of the text. I have recreated the original two covers as well as an upside down version with color corrected text. The album title doesn’t disappear as much in this one as it does in the one above but it’s still kinda hard to see. I personally don’t like how they zoomed in on her. Was that really necessary? I use this cover instead because it stays true to the original photogra

Is this her new uberkinky store?  Note that they’ve dropped the “I” in stories to “store”

The upside down: The other one looks so unnatural. Always thought the back cover was much better!