Madonna and the piano 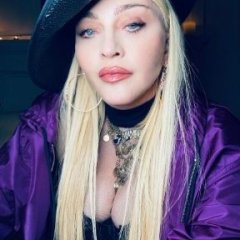