I'm still waiting for her to call me and ask to borrow my design files 😂 https://www.behance.net/gallery/92913091/Madonna-The-Immaculate-Collection-30th-Anniversary 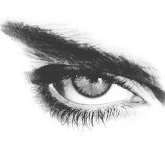 woohoo the cushion and candle set is close

An Immacualte Collection shower curtain for those times you want to stay in there to ponder why Madonna hasnt made a connection between her declining relevancy and the managing of her musical legacy and the cultural impact it’s had.