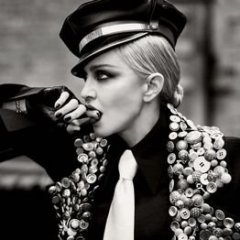 By luckystar908,
March 4 in News ✖ Discussion

Welp, looks like they changed their mind and are trying to be on track with the "Frozen" and "Bedtime Story" HD uploads... New EPs coming and replacing "Fever" and "LDLHA" for now: They're giving us ALL the mixes. Couldn't be happier

It's digital data stored on tape. The way my studio is set up, the computer is in "slave mode" so even if it is receiving data at an imperfect speed, it's just writing out the 0s and 1s as it receives them so the recording ends up being the correct speed in the end. Same reason when you rip a CD, it doesn't have to be done in real time. The fact that my transfer matched the streaming release proves both that the tracks are not remastered at all (GOOD!) and that I'm transferring DATs correct