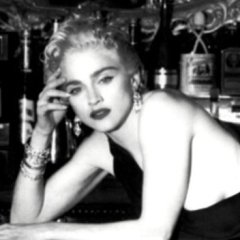 Why so many likes on these atrocities?

Well, a ton of fans are frustrated by her as of late and are allowed to express that here. A forum is a discussion outlet. It's not like blindly defending each and every single move of her makes someone a "better" fan. She doesn't know who a single one of us is. There's a reason these forums have much less activity than a decade ago. The smaller group left here is clearly a devoted base, but even amongst us, we're getting cynical about some of her decisions in the last few years.  We all wa