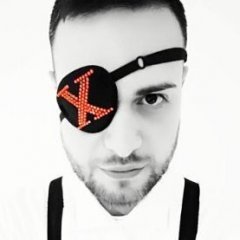 "And they said we wouldn't last"

I recommend everyone who needs to download it to try Sharemania.