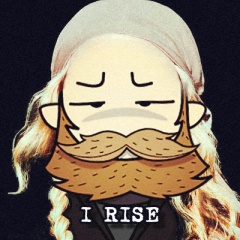 Just... THIS. Some years ago, I used to download every and each picture from her IG, Snapchat, etc. Nowadays, I don't care about all those new "photo shots" by Ricardo Gomes, "magazine covers" by Klein, etc. I can't see in them neither the diva I've loved for 25 years, nor "the art" she's talking about these days, and I'm sorry for it. I only care about her awesome legacy and the fucking great music and videos she made. And the only thing I'm waiting for is a new music album