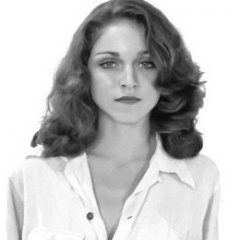 By beautifulkiller,
December 28, 2021 in News ✖ Discussion

Its really not very complicated. Madonna once had the world at her fingers, she was once the most powerful and influential woman on earth, she was so much more than just another popular celebrity. She is addicted to attention and power, she herself has said this on many occasions as far back as the 80's with conquering the world and stuff like that. Now, she is irrelevant in the mainstreams eyes and uses her social media as a way to court controversy to fuel her egotism. Pushing peoples buttons

She's bored because nobody is paying attention to her. She only exists if she has a camera on her...otherwise her ego disappears. She used to be Midas, everything she touched turned to gold, now she is a prisoner of her own fame and fortune, a vampire desperate to get her youth back.... She needs to get out of her bathroom and out of her mirror, and get away from the kiss-asses around her.

Some people really miss when she was all about Kaballah and preaching like during the Ray Of Light era ? Or going on and on about motherhood during Evita or/and American Life (and Confessions too) like she was the first mother ever on this planet ? I know i don't.