When will we get a new album? 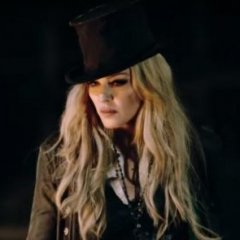 By musicinferno,
May 15 in News ✖ Discussion

I don’t know if I want a new album I’m frightened on what she can produce, imo she just doesn’t have the spark anymore i  would prefer a greatest hits tour and just celebrate her amazing back catalogue, I  think she has a lot of damage limitation to do.

I think she's made it clear that she won't make a new album unless she feels inspired to do so. She doesn't care about release an album just because it's been a certain amount of years since the last one. We'll see if/when inspiration strikes again. I'd love an album where she reflect about aging the same way she reflected about motherhood in 1998. Come on mama, tell us what you're thinking. What does it feel like to be a 64 year old superstar? 64 year old woman? What's your outlook on life now?

I agree. If she is going to record new music, she need more than anything great melodies, vocal expressiviness and passional singing, no autotune or robotic voice, no grillzs, and also catchy chorus. If she is not going to go that route cause that´s what we want so she wont do it, I´d prefer her to be retired from records too.