Rufus Wainwright on being ignored by Madonna

By Gutten,
June 22 in News ✖ Discussion 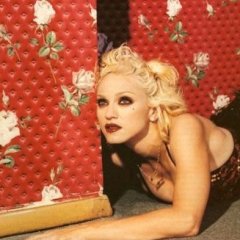 The rant that's about to follow is not me defending Madonna, it's about expressing my frustration about people who talk shit about you behind your back then expect you to smile and say hi. JFC, I've had it with these assholes. For me, if a person that has been saying shitty things about me to my friends is invited to the same small gathering as me, I just don't go. I don't need that in my life, because these assholes expect me to say hi and then they'll use everything they hear there to tal

I mean: Rufus Wainwright: 'Miley and Madonna was one of the most horrifying things I've ever seen' https://www.theguardian.com/music/2014/aug/06/rufus-wainwright-interview-30-minutes-with If he talks about her in public like this imagine how he must be in private. Maybe she'd heard things like this about him and didn't even care to give him time - and rightfully so. Honestly the Eltons of the world trying to get her attention by dissing her and then asking for forgivenes