I'm currently eyeing eight shows in Europe, some of which I (finally) scored tickets for this week. Some people might look down upon it as pathetic, but my life is literally live music. I've spent my whole life since I was a pre-teen going to gigs and that's always been the one thing that's kept me going, no matter what. I feed off the energy in those venues... it's not like I live from concert to concert, but the feeling of being in the same room surrounded by people who care about music and ar 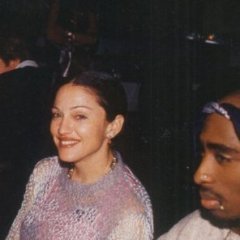 I personally don't really care if she's dancing or not. Hell, she could be sitting there and do a powerpoint presentation about her career and sing along to her greatest hits and you would still see me crying & cheering like a kid who just received her favorite gift. I just don't want her to be exhausted and feel pressured.

Anyone not excited for a Greatest Hits Tour or being negative about it you cannot possibly still be a fan and it may be time for you to move on. Or at the very least do others the courtesy and stay out of this thread. Let us enjoy this moment please.