Lossless Streaming is about to go Mainstream

By RUADJAI,
May 1 in News ✖ Discussion

Will your listening habits change after lossless streaming goes mainstream?

Interesting topic.  You forgot one option: buying digital music. I know is a thing of the past but some still do it. I do with releases or artists I want to support, cause they get more money from it and I like to edit metadata and stuff. I think it's a good thing that HD audio arrives to Spotify and Apple Music so people who want that option have it available. They already have the option to do it, as they receive lossless files from the record companies. It's just a matter of offering the

2 (or even 3 in some cases) CD singles back in the day was greed from the companies, yeah, but also because of the rules of the charts, especially in the UK. If I remember well, from 1997 or 1998, CD singles above 20 minutes in total were not considered for the UK singles charts. So if you have, let's say, 2 b-sides and 3 remixes, most artists released a b-sides single (CD 1) and a remixes single (CD 2) - and that way they managed to count 2 copies sold for the charts.  If the remixes 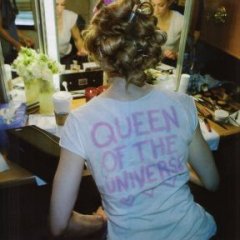 I think I'm an ET because I simply don't use streaming at all! And the reason is that basically I don't give up my personal library to replace it for something I don't have control over. I mean, I'm a perfectionist. I have every album, every single, every version, everything organized, in the best quality possible. Streaming make us limited to what they offer.  Madonna's discography available on streaming is a mess! They've changed the original tracks, they've changed the artworks