Madonna Back In Studio With Jozzy

It's funny, some fans want desperately for her to work with underground and unknown artists and producers, just like she did in the "good old days", but now every time she does that they're like "who are those??", "Fire what?", "070 who?". Funny. I think all of this (this session and the one from last week) is for the Pride performance: maybe some studio mixes or backing vocals or whatever. 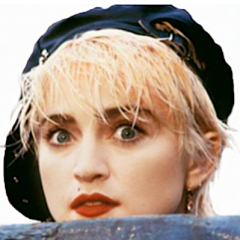 Implying that LGBTQ people and people of colour should not speak their truth or that we are in some way not "proper" in our fields of experience is an incredibly problematic point of view. Are you high? Or just privileged?

And that's fucking fantastic. To me, Madame X was a big step in the right direction (getting back to the path she was on with American Life).